From the border at Sonauli the road took the overlander into the Himalayan kingdom via its second city of Pokhara and then on to its capital Kathmandu. An option existed to reach the capital via the Chitwan National Park and later trips took used this route along with some challenges which included placing the bus on a punt. 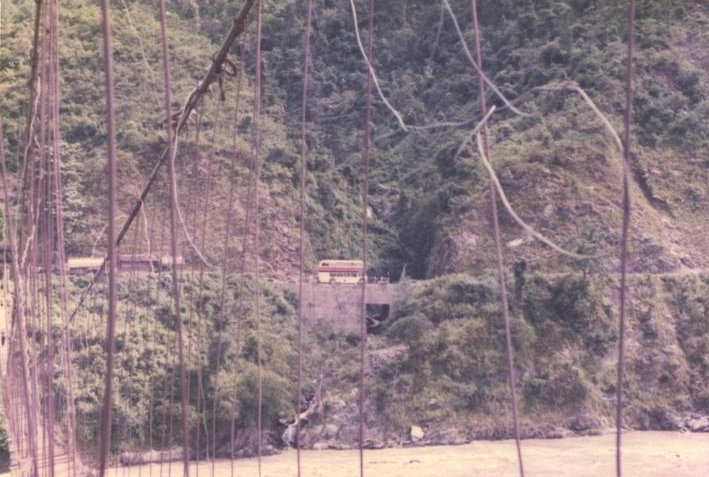 In the 1980s Nepal was a relaxing and welcoming haven for overland travellers. In the years since the nepotism of the ruling families has seen the ordinary Nepalese become increasing disenchanted with the status quo. Despite these troubles, which included a Maoist insurgency, the ordinary traveller is not unduly affected. Despite being one of the poorest countries in Asia its people were among its most welcoming.

Pokhara with its tourist heart laid out around its beautiful lake is a staging point for trekkers seeking remoter destinations. We stayed in the guest houses that dot the fringe of the lake. They were low budget affairs but the setting and the people were the real attractions. One of the great shocks for the western traveller was seeing women and young children carrying great loads. The men seemed to have it easier but that was only relative - it stressed the point for me how atypical and privileged was the lifestyle that we enjoyed in the west.

A relatively easy day’s drive takes you to magical Kathmandu and the end of your journey.  But everything is relative - on the first day of my last overland trip it was everyone out as we negotiated the potholes wheel rut by wheel rut. I am not sure what the punters thought about it at the time - their eyes were as big as saucers and one can only imagine how they thought we would make the 15,000 kilometres to London. In the wet season the roads get churned up by the heavy rains and flash flooding and on any day you will be the witness to an unfortunate accident as the Nepalese drivers push themselves beyond the limit. On another return trip we had not travelled far from the capital when we encountered a bus that had veered off the road down a steep ravine. A couple of Aussie nurses went down to help but under the conditions we encountered there was little we could do. 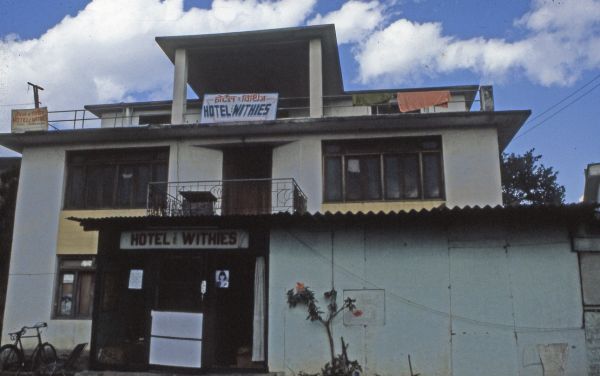 These conditions also made travel slow going, especially for a vehicle like ours a Bristol Lodekka that had been designed for quiet English laneways. Yet our bus provided a great platform for the taking in the terrain. The scenery was just mind-blowing with the road following a ribbon of land beside the rushing waters of the river that has cut a track through the Himalayan foothills. There are countless chai stops along the route with amazing rope bridges fording the banks of the river. People tirelessly engaged in the busyness of life, much as generations would have done for eons. In the distance the snowed capped peaks of the Himalayas beckoned drawing the visitor onward as if to some magical kingdom.

Then of course there was the city of Kathmandu itself. Perhaps the most amazing city that I have ever experienced. Its setting almost at the top of the world is remarkable and its inhabitants so personable. A fitting place to end a journey of 15,000 km. So often in life, it is the journey rather than the destination that is so important. In Kathmandu you actually get a destination that is the perfect complement to the journey.